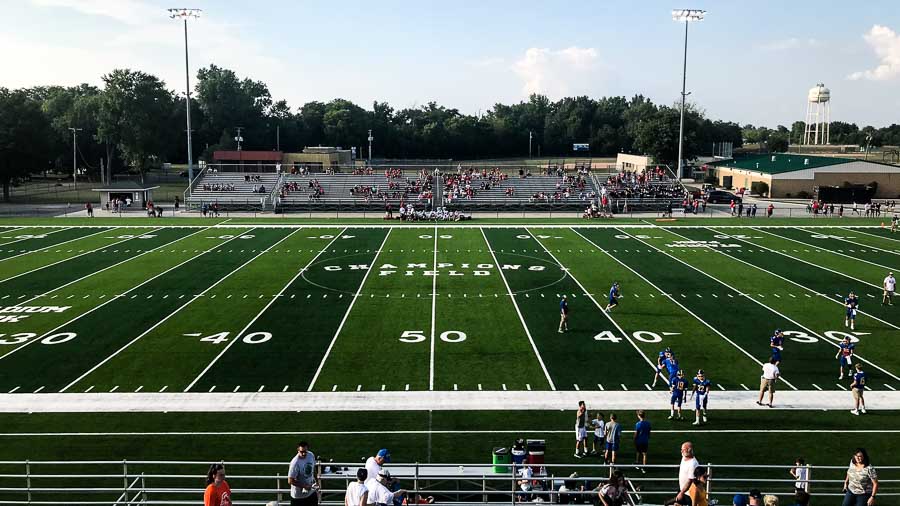 Stadium Park football field is a WPA project which also included an adjacent swimming pool. The original cement seating on the home side remains but was covered with new, aluminum seating in the 1980's. A new locker room, with lockers to accommodate both home schools plus visiting team, was built to replace the small, original locker rooms under the home stands. New visitor seating was purchased and installed about ten years ago to replace the temporary baseball bleachers brought in for the football season. These stands, purchased from the Fort Wayne Wizards baseball team, seat approximately 1,900. Within the past 4-5 years new sidewalks, fencing and an additional concession stand were built. Most of the improvements were projects of the Delphos Stadium Club which raises funds and solicits community involvement to improve all the parks in Delphos.