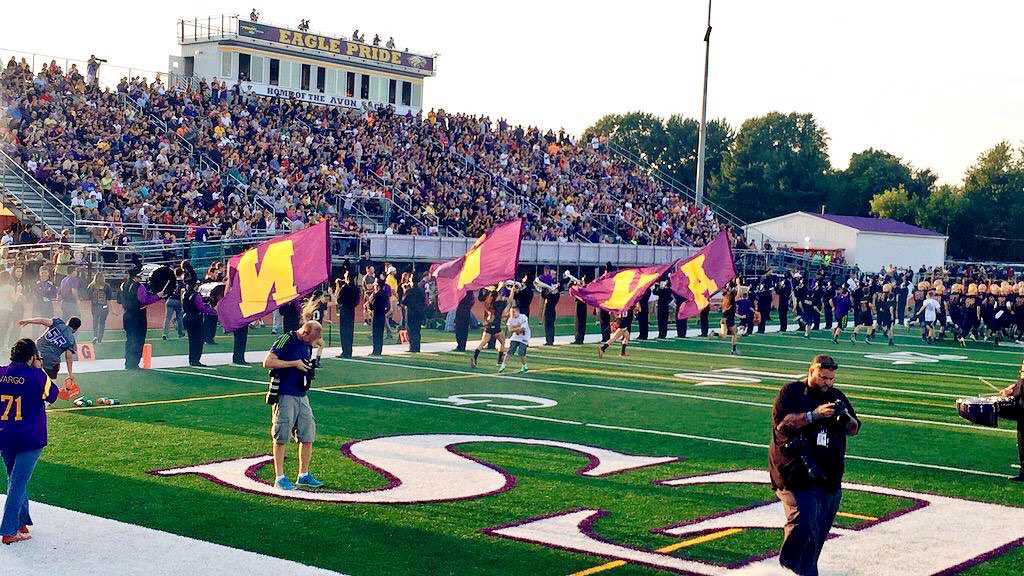 The original stadium was built in the 1950's in back of what was, at the time, the new high school. The bleachers were small and the field was grass. It remained the same until the early 2000's, when new bleachers were installed to reflect the growth of the school and city. The turf was installed in 2007. There have been ongoing improvements to the interior and exterior of the stadium, including the addition of brick entry gates.

The stadium sits behind what is now an administration building, as the high school is in a different location. The primary occupants are the Avon HS football teams (v/jv/f). It is also home to the HS boys and girls soccer teams, the junior high football teams and the youth football teams. It was the first artificial football playing surface in Lorain County.