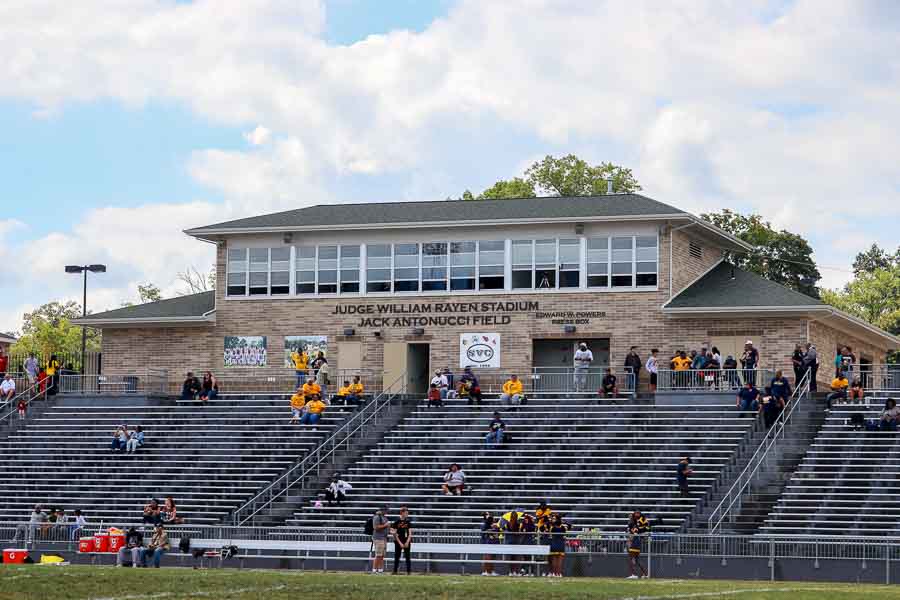 One of two Youngstown City School stadiums. The other being former South Stadium located behind old South High School. Other schools formerly in the district included Woodrow Wilson, Rayen, East, North, and South. Other school, Chaney, combined athletics with East to form one team for the entire district.

Youngstown State University played here prior to the construction of Stambaugh Stadium on campus.

Rayen Stadium is the site of the first use of a penalty flag in football.